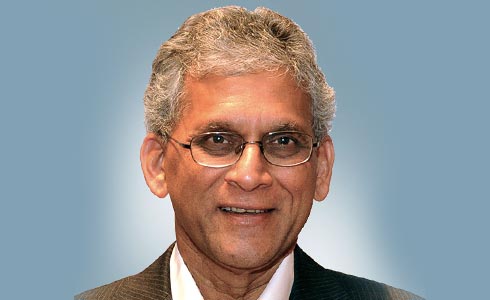 Born in 1941, in a 40'x40' room at Mora, a fishing village across Bombay harbour, Grindwell pioneered the manufacture of grinding wheels in India. Promoted by two Parsi entrepreneurs, the company has grown steadily and, over the years, has established itself as a strong leader in Abrasives, Silicon Carbide, Performance Ceramics & Refractories and Performance Plastics.

In 1983, GNO, which was by then a JV between Norton Company and the Indian Promoters, was listed on the Bombay Stock Exchange. In 1996, GNO became a majority-owned subsidiary of Compagnie de Saint-Gobain (which had acquired Norton a few years earlier). With its headquarters in Paris, Saint-Gobain is a large, transnational Group (Sales of €41.8 billion in 2018) with a presence in 67 countries.

I have had the privilege of leading GNO since 1991. That was the year that GNO celebrated its Golden Jubilee. The theme for the Golden Jubilee was: "Life Begins at Fifty". And it certainly did. The last 25 years have been a period of extraordinary expansion and growth in sales and profits.

In 1991, GNO had three manufacturing sites (Mora, near Mumbai, Bangalore and Tirupati). Since then, besides making significant investments in the existing sites (especially, Bangalore), GNO has built plants at four new sites: Abrasives plants in Nagpur (1997) and Himachal Pradesh (2008), a Silicon Carbide plant near Phuentsholing in Bhutan (2009) and a High Performance Refractories plant in Halol near Vadodara (2012).

During the 33 years that I have been with GNO, I have had the privilege of working with many talented, committed, enthusiastic people who have made GNO what it is today and who will lead GNO into an exciting future - a future that will be marked by sustained growth, strong profitability and market leadership.